Graphic design seniors were prompted to explore alternate realities, outcomes of the future and products by designing passports, posters, currency and other forms of artifacts. Each artifact presented a student’s futuristic reality or outcome for a concept from a perspective of the future as the past.

BA graphic design senior Deangelo Roberson said selecting the artifacts to represent each concept was a process which led to fully developing each ideas’ possibilities.

“What we had to do is explore the concept of how we imagine roads or ideas that are not yet feasible,” Roberson said. “Like how do we design artifacts looking ahead and taking into assumption possibly looking into the past for us? With that in mind, it kind of turned into a variety of different things for other people.”

Some worlds’ within projects included a microorganism society, a world where black hair can talk, a world where robots take over and other alternative worlds or outcomes of the future.

Roberson created a world known as “Fashion Capital,” where fashion and fabric run the world. To represent “Fashion Capital,” Roberson designed different types of fabric currency, a poster, postcards and a “fashion license” similar to a debit card.

Roberson said the project was important to him because of his love for fashion and the fashion freedom, which the “Fashion Capital” society in his project revolves around.

“The main thing I wanted to express with this world is kind of just like freedom to be yourself and be comfortable in the clothing that you choose to wear,” Roberson said. 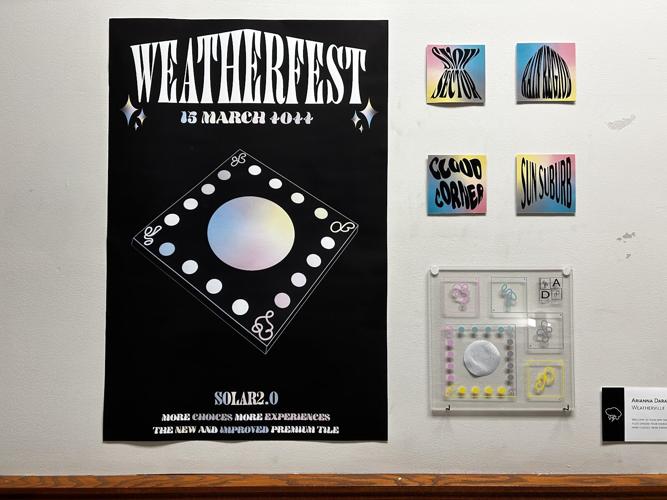 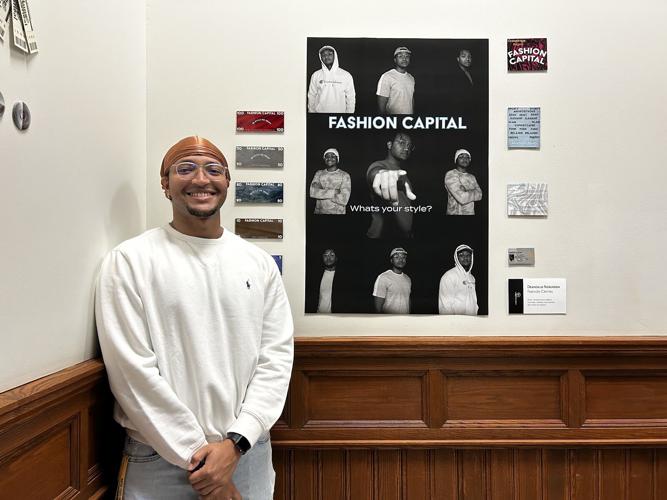 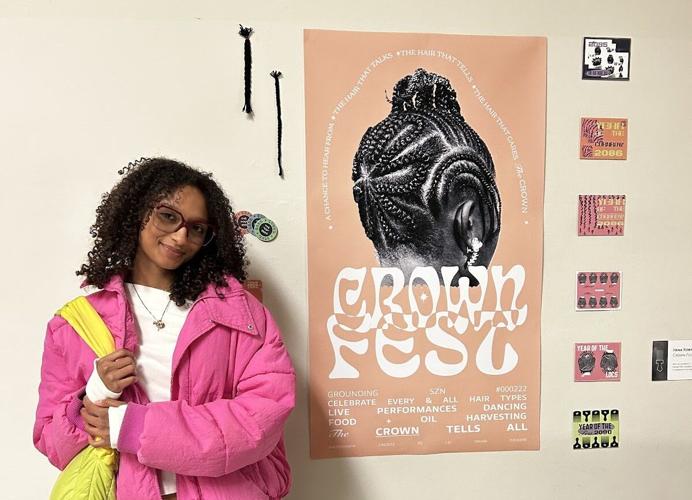 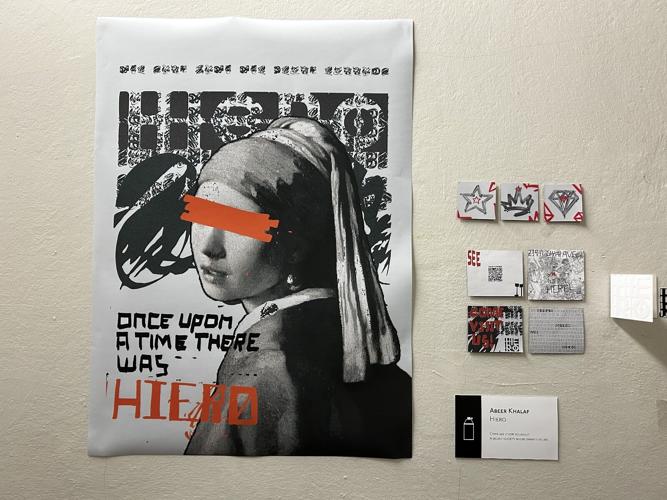 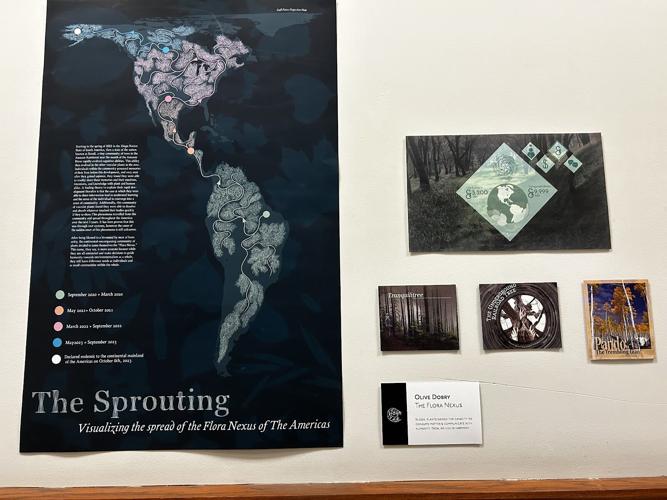 “The Flora Nexus” by Olive Dobry 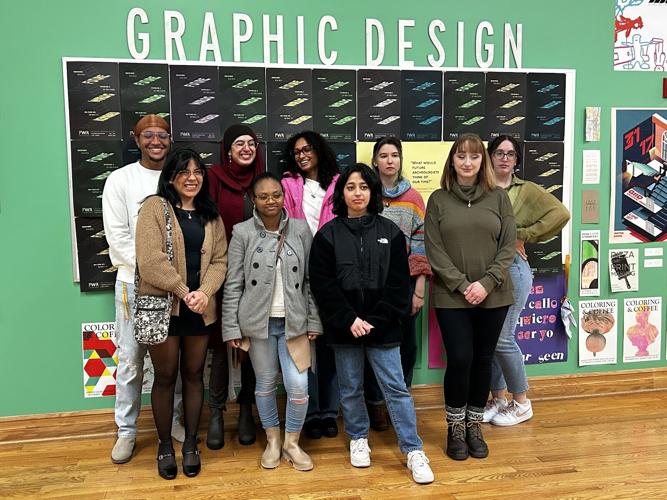 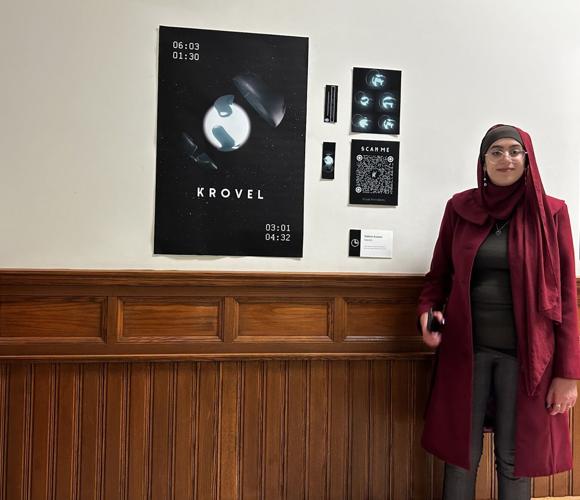 “The Flora Nexus” by Olive Dobry

Senior Olive Dobry created a world titled “The Flora Nexus,” where plants from North and South America can talk and express emotions after an awakening event called “The Sprouting.”

Dobry represented the world by designing a magazine “Petrichor” for the first time, along with a poster and postcards to represent the plants’ established role in society.

Some students focused on designing products for their project, such as a device for time travel called “Krovel” by senior Serene Alsaed and a device that can alter the weather by selection called “Solar 2.0” by Arianna Daratony.

Alsaed said the artifacts for “Krovel” were inspired by the animation she created first.

“With this device, I experimented using a new program for the first time and it turned out great,” Alsaed said. “I animated it so it was kind of a struggle to display it on the wall because it moves. So I included a QR code here for people to scan.”

Graphic design lecturer Saima Mohammad said students usually discover their own technique during their senior year by experimenting freely between programs and designs.

“I think that in the higher level classes, students get more and more freedom and less restrictions,” Mohammad said. “I think in this last semester, they were able to really look into their own design styles, and found what it might be and they can take it with them after graduation.”

Alsaed said it was challenging during the creative process because it was an original idea which took time.

“It was a really steady process. Like, we all worked on this throughout a whole month’s time, I believe,” Alsaed said. “Within the first few weeks I was very confused and my professor Juan helped so much with the inspiration.”

Shawntay is a contributing writer for The South End. She can be reached at [email protected]

The Artist Whose Ebook Addresses Distilled the Nineteen-Eighties